Cliff Park in Dovercourt covers an area of approximately 4.5 hectares and consists of formal garden areas, seafront shelters, a bandstand, and large open areas of grass and mature trees. There are also public conveniences and a café. Cliff Park also offers a small games area (MUGA), an informal football pitch, an outdoor gym and a children's play area. There are a number of tarmac paths criss-crossing the park which are accessible to all users. The nearest public car park to Cliff Park is at Milton Road approximately 400m away or there is parking available in adjacent streets. The park offers beautiful panoramic views of Dovercourt Bay and the North Sea. 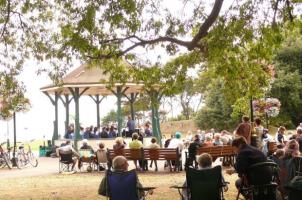 The bandstand was in place when the park was publicly opened in 1911 and was brought back to life in 2009 following a major refurbishment. The bandstand is used annually by local churches for Praise in the Park and on a weekly basis by the organisers of the Park Run as a base. 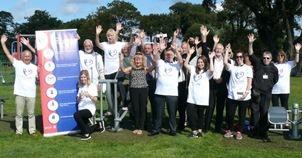 An adult outdoor gym was installed in 2017, containing 8 pieces of equipment - an air skier, push hands, ski stepper, rower, trinity cycle, lat pull & press chest, sit up and twister. The gym has proved popular and can be used at all times of the day. Outdoor gym equipment. 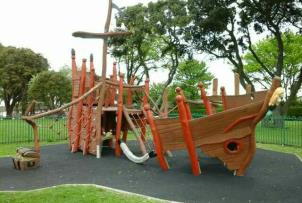 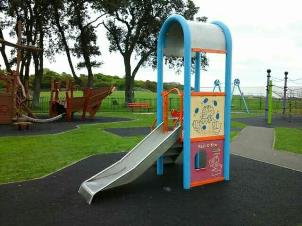 Cliff Park has a excellent play area situated on the edge of the park over looking Dovercourt Bay, which is used all year round by children and families.  The area is enclosed by metal railings with two entrance points which are secured by gates, there are no dogs allowed within the area.  The play area was refurbished between 2008-2010 which included the installation of a fantastic Spielart activity shipwreck suitable for children aged 3 years and over, and is designed for climbing, role playing, communication and sliding. 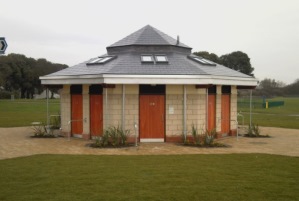 The toilets are open daily at 8am closing at 6pm (apart from Spring Bank Holiday till the 1st week in September when they close at 8pm). Toilet facilities are available for ladies, gents and disabled users and have baby changing facilities. They are cleaned and checked on a regular basis.

The cafeteria is run privately and opens daily during the summer months. Opening hours are limited to weekends and school holidays during the winter. 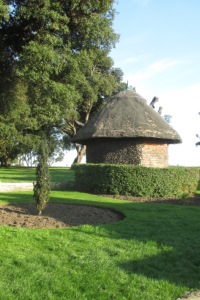 There is still a park keepers house in Cliff Park, until the early 1980’s the park superintendent and his family lived in the house. The thatched summer house which was built in approximately 1845 is situated in the park and has listed building status.

The Harwich park run is a free weekly 5km event for runners of all standards it takes place every Saturday at 9am in Cliff Park. It is not a race against other runners, but a timed run. 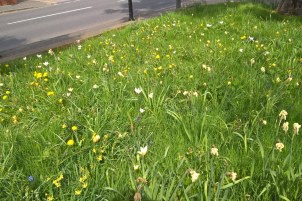 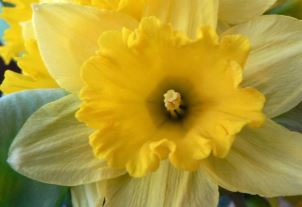 Parts of Cliff Park have been transformed into bulbs areas, on the Main Road boundary. A variety of bulbs have been planted which will produce colourful spring displays with long flowering periods. This will help to naturalise the area and encourage local wildlife and insects. Various community groups assisted with the bulb planting.