The Memorial Garden contains beds with high quality formal bedding displays and a central area with seating around a War Memorial to those who died in the First and Second World Wars. 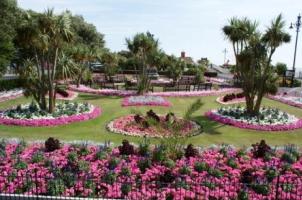 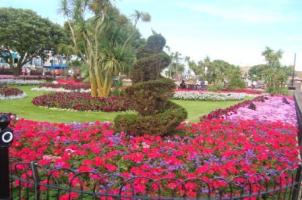 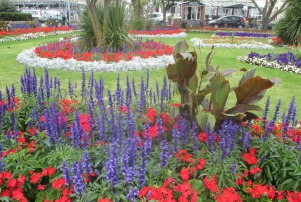 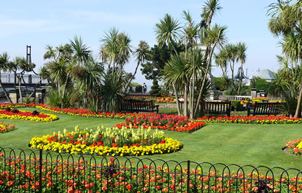 This garden is a popular meeting place for both residents and visitors and has not changed much since the War Memorial was erected in 1924.

The colourful bedding displays and the mature Cordylines create an important eye catching feature somewhat tropical in character. The number of bedding plants used in this garden during the year is in the region of 34,000. 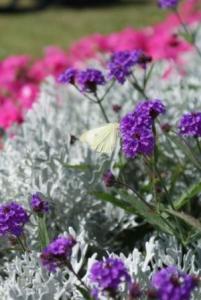 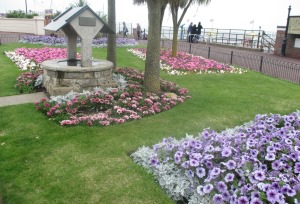 There are a number of memorial services held in this garden throughout the year these include National Holocaust Memorial Day, VE and VJ Days, Battle of Britain Sunday and Remembrance Sunday.