The Green Flag Award winning Crescent Gardens in Frinton-on-Sea are triangular shaped and cover approximately half a hectare, consisting of ornamental grass, paths, shrub beds, hedges and colourful annual beds. The gardens are secluded by mature perimeter planting that offer tranquillity and a sense of enclosure. The trees and the perimeter hedges provide an important street feature and they are a key element to the backdrop of the Esplanade and the Greensward. 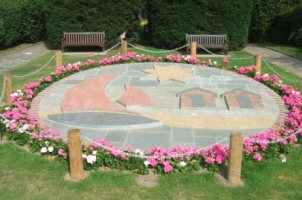 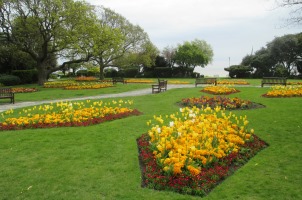 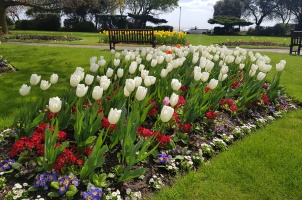 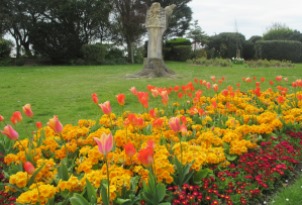 There is no historical information regarding the construction of the Crescent Gardens, however the outline of the Crescent Gardens actually appears on an 1899 plan of Frinton-on-Sea. It is known that in 1911 a plot in The Crescent was bought by the Council for a public garden and photographic evidence shows they were well established in 1935. The name is derived from The Crescent which divides around the gardens at its junction with the Esplanade.

In May 2011 a new wildflower bed was prepared and planted by the children from Frinton Primary School Gardening Club. In addition there has also been a hard landscape centre piece created, depicting the Frinton In Bloom entry to the RHS Tatton Park Flower Show. 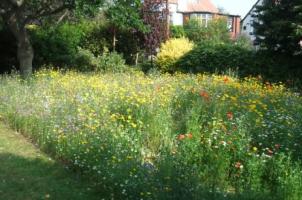 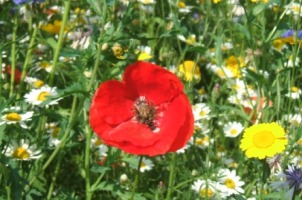 In 2013 the stump of a decaying 60 year old ash tree was carved into a wooden sculpture. The design consists of a woodpecker, owl and 'the green man', a face from leaves primarily interpreted as a symbol of rebirth representing the cycle of growth each spring. Two new beech trees have also been planted to replace the decaying ash which was cut down. A number of Winston Churchill daffodil bulbs were also put in around the trees. 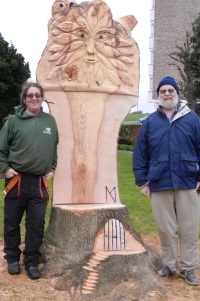 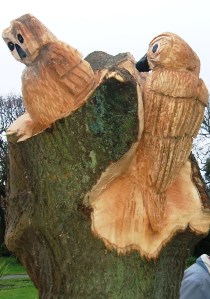 During 2014 one of the flower beds in Crescent Gardens was transformed into an edible garden. Children from Frinton Primary School helped to plant runner beans, courgettes, strawberries, peppers and a selection of herbs. The food grown is for the public to pick for their own use. It is hoped it will raise awareness of healthy eating and how people can grow their own food. The edible garden has been recreated each summer since 2014. 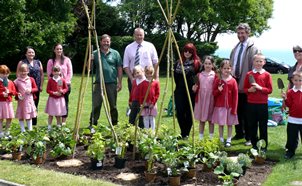 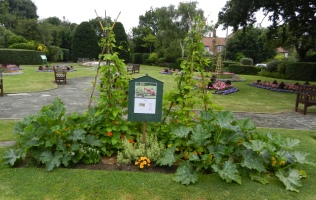 During December 2014 the existing wildflower bed was transformed into a new bulb area which will provide a continuous display from winter to summer. Children from Frinton Primary School helped to plant a bulb mix which included daffodils, camassia, alliums and crocosmia. 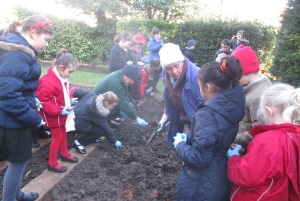 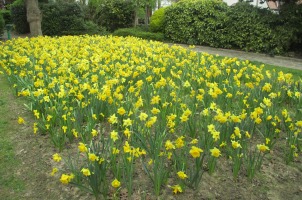 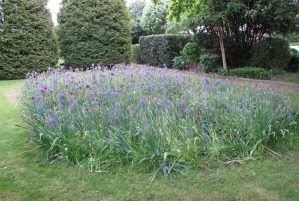