Are you looking for employment ... looking for training ... would like to get some experience, obtain some qualifications, and get paid?  Look no further, you can have all of this with Career Track.

Career Track is part of Tendring District Council and has successfully been working with businesses in Tendring and Colchester for over 30 years. We are able to tailor a programme to suit the needs of your business and those of your staff. We offer a full FREE recruitment service and as much or as little support needed to work with your apprentice. We can provide advice and guidance on your training and development needs. We work with a large network of providers and can access funding opportunities and other training options on your behalf. 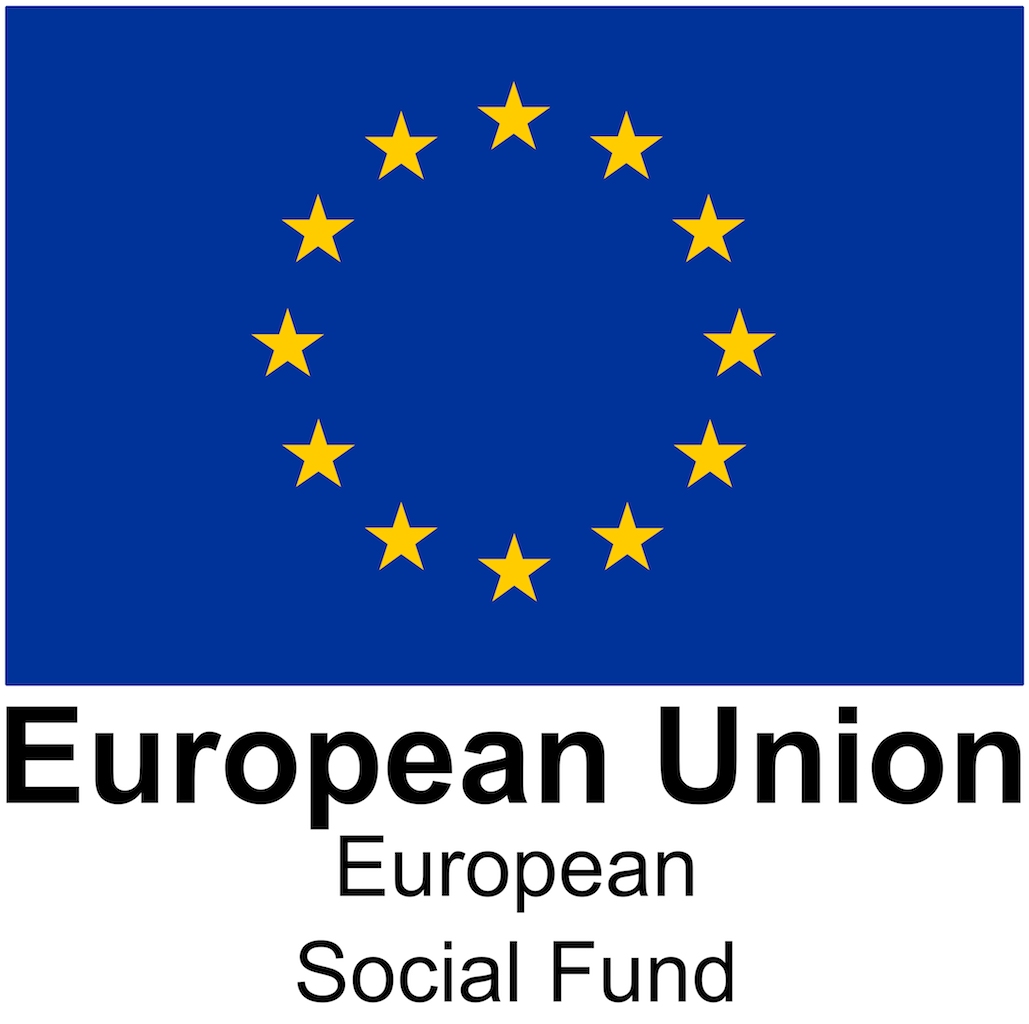 If you have any further questions please call

Further information on Frameworks and Standards we deliver;

How to Apply & Information for Apprentices

We work with large employers throughout Tendring and Colchester providing apprenticeship frameworks and standards at Intermediate and Advanced levels in Customer Service, Business Administration and Team leading/Supervisor.

Our apprenticeships last between 12-24 months to complete and a high number of apprentices gain permanent employment during this time and have a fully supportive exit programme at the end of their apprenticeship to ensure they move into their chosen future career.

Apprenticeships combine practical training in a job with study.

As an apprentice you’ll:

You can apply for an apprenticeship while you’re still at school. To start one, you’ll need to be:

There are 3 steps to applying for an apprenticeship.

National Careers Service has advice on writing applications and what to do at interviews 0800 100900.

You will report and pay your levy to HMRC through the PAYE process.

We offer a full FREE recruitment service and as much or as little support needed to work with you apprentice or existing staff.

For further information about taking on an apprentice please visit

Employers are currently able to access a maximum of £1000 incentive for taking on a 16-18 year old or 19-24 year old if in care or has an EHCP; this is paid at 3 month and 12 months during the apprenticeship.

Many of our employers would be happy to speak to you about how Apprenticeships have benefited their organisations. If you would like to discuss this or require any further information please contact us for more details on 01255 686313 or ctrack@tendringdc.gov.uk.

Starting as an apprentice in the Council run Leisure Centre, I was undertaking  a Level 2 in Business & Administration. I applied for this role not knowing much about apprenticeships, as I feel they’re not spoken about enough in schools; all I knew was that I had to get a job quickly as I had decided to drop out of university.

As my apprenticeship was coming to an end I applied for a more advanced role, which was also a permanent position – Administration and Projects Officer in the Regeneration Department of Tendring District Council.  I was given the chance to carry on my learning by completing my Level 3 in Business & Administration, which of course I decided to do. I’ve now completed my Level 3 and I am still happily working in the same role.

I do think it’s amazing how much you’re encouraged to further your skills in local government and for that reason I would recommend anyone thinking about doing an apprenticeship to go for it.

Despite staying in the same role, I am so pleased to have a Level 3 qualification on my CV and I feel like I wouldn’t have achieved this if it wasn’t for the apprenticeship, as I would have found it extremely difficult to work and study separately – it’s definitely a benefit to be paid and study at the same time, a great opportunity for young people.

I was unsure on what my future career aspirations would be when I first applied for the apprenticeship, and if I’m honest, after 3 years of working in local government,  I am still unsure what my dream job is, but for now I’m enjoying my current role a lot. Being a projects officer means I support colleagues with different projects and events, so there’s always something different happening which is what I love the most about my job.

I started as an apprentice at Tendring District Council on 4th January 2016 where I joined the Customer Support team dealing with council housing repairs and housing reception (homelessness, etc). Prior to starting my apprenticeship I was in Sixth Form and realised I had enough of sitting in a classroom and didn’t really want to go to university as I didn’t enjoy it at all. I then signed up to the government website and had a look at apprenticeships in my local area.

Once I started the apprenticeship I was given jobs such as filing and general admin duties. My responsibilities grew as I started assisting customers at the Housing reception desk; assisting the homeless and people in need of housing advice. I also went on to learn about housing repairs where I was given a large role to answer the majority of the phone calls for the team.  This was a very big responsibility and I had to deal with all types of people which certainly opened my eyes and I soon realised that I wanted to gain more experience in this area. I decided to ask our building surveyors in Building Services if I could go out on visits with them to see the properties we manage and learn about what they do. This is when I knew I wanted to go into the Building and Construction industry and would love to become a building surveyor.

Luckily, after a year of being within the Customer Support team, a vacancy came up within Building Services, looking for administration support.  I successfully got the job and was in the department I wished to be in. Apprenticeships are great to get you into the working environment whilst gaining professional qualifications. They give you an idea of where you would like to end up; I never thought I’d be aiming towards being a building surveyor!  If it wasn’t for the apprenticeship programme I don’t know what I’d be doing now. It was definitely the best decision I have made and wouldn’t change a thing!

I first joined Tendring District Council in February 2017 as an apprentice in Housing Reception and Repairs.  Before I applied for the apprenticeship I was working in my favourite tea room. It was a lovely job but it was not a career. I needed something with more stability and goals to work towards.

I was originally very nervous about starting an apprenticeship in local government, I believed it was beyond me and I would not be good enough to have a career in a big important organisation like this.

Three months in to my apprenticeship I discovered a full time job opportunity within the Council that appealed to me. I spent days plucking up the courage to apply for it but feared I would not be taken seriously because I was a very new apprentice with only little experience. I had the interview and later that same day I received a phone call to tell me my interview was a success and I had been offered the position. And just like that, after only three months I gained a full time job.

Without the apprenticeship I would never have had the opportunity to be able to apply for my current job role as it was only posted internally within the Council and now I am finally in a job that I love that can also offer me career progression should I want to move up the ladder.

I now work for the Tenancy Management team at Tendring District Council - Tenancy Management Admin Support Officer. I support the officers in my office by taking calls, logging complaints and other various admin duties. I am also responsible for the letting of Council garages.

I would advise anyone to go for an apprenticeship and stick with it. It can be a struggle working full time and not getting a full wage but it is one year out of your whole life where you get to learn new things and take the first steps into a real career. Be patient because all that hard work will be worth it in the end.

Great Customer Service skills in your company could be essential to its success, whatever the role, from entry-level through to managers of departments.  The Customer Service Practitioner Standard Apprenticeship programme develops behaviours, skills and knowledge to give your business a competitive edge. Also, this could result in motivated and competent employees. We offer high quality support and training, tailored to help your business meet its targets and objectives. Your staff will benefit from our experienced assessor’s flexible delivery, awareness of your training needs with regular contact and supporting visits. The Apprentice will be assessed by compiling a showcase of evidence, holding professional discussions, participating in interviews, completing presentations, demonstrating company behaviours and using evidence of learning from within their workplace with End Point Assessment.  This is an excellent career path for your staff to develop their skill set in your business.

If your staff have prior customer service experience and wish to enhance their knowledge, this Apprenticeship will allow them to develop and demonstrate a wider range of skills. A Customer Service Apprenticeship programme develops behaviours, skills and knowledge to give your business a competitive edge. We offer high quality support and training, tailored to help your business meet its targets and objectives. Your staff will benefit from our experienced assessor’s flexible delivery and awareness of your objectives and training needs with regular contact and supporting visits. The Apprentice will be assessed by observation, professional discussion and using evidence of learning from within their workplace.  This is an excellent career path for your staff to develop their skills in your business.

This new standard is intended for your Team Leaders and Supervisors who are responsible for supporting teams, providing motivation while meeting agreed objectives and goals. Your staff will benefit from our experienced assessor’s flexible delivery and awareness of your training needs with regular contact and supporting visits. The Apprentice will be assessed by compiling a showcase of evidence, holding professional discussions, participating in interviews, completing presentations, demonstrating company behaviours and using evidence of learning from within their workplace with End Point Assessment. This is an excellent career path, providing new talent for your staff to develop leadership skills in your business.