Modern day Clacton was founded by Peter Bruff in 1871 with the aim to develop a seaside resort. The Pier and facilities were constructed to utilise trade from The Woolwich Steam Packet Company which at the time operated between London and Ipswich.

The town was well suited as a seaside resort as it averaged 1,682 hours of sunshine and only 20 inches of rainfall per annum. In the 1930’s Clacton had grown into a town with a population of over 15,000.

Billy Butlin opened his second Holiday Camp at West Clacton in 1938. The camp was opened to coincide with the Holidays With Pay Act being passed by Parliament. This guaranteed all industrial workers at least one week's paid holiday per year. The cost of a week's holiday at Clacton was equivalent to the average industrial wage at the time - £3.10s. The holiday camp was an instant success being fully booked almost all season. The camp closed in 1983 due to package holidays and changing tastes. The camp reopened for a short time as a theme park called Atlas Park.

Construction first started on the sea walls and groynes system at Clacton in the 1880’s.  The construction continued until the 1960’s when the original line of defence was completed at Holland Haven. Since then there has been a long history of falling beach levels. 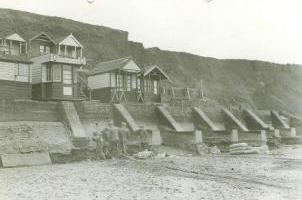 Photo above: 1939 Work being carried out on the toe of the sea wall due a drop in beach levels

One of the main reasons for this is that there is a ‘sediment divide’ at Holland with beach material being transported away from the frontage in both north east and south west directions. Another is the alignment of the frontage in relation to the prevailing wind direction which occurs in a north-easterly and south westerly direction. This is caused by the tidal and wave conditions that dominate the frontage and produce tidal currents channelled long shore by the off shore sand banks. It is estimated that this wave driven transport results in the loss of about 25000m3 of sediment each year and that the beaches are now lowering at about 150mm per year

As a result of falling beach levels and lowering of the underlying clay platform in some areas, Tendring District Council has been considering the best strategy for the long term maintenance of the Clacton and Holland on sea frontage. However, in the absence of government funding required to implement a long term strategy, we have been forced to undertake reactive management of the cliff frontage, undertaking repairs in the most urgent locations as necessary.

In 1995 a repair scheme for the most critical lengths was completed, which consisted of rock toe protection. Urgent works followed in 1999, 2000, 2002, 2007, and 2008 to stabilise sections of the wall and, more recently, to 2011 there have been four sections of wall replaced or repaired with a stepped wall or rock revetment.

Due to changes in Defra appraisal guidance the long term strategy has been updated and was submitted to the Environment Agency’s Large Project Review Group in September 2012. Consultants Mott MacDonald were appointed to carry out a Project Appraisal report (PAR) which leads on from the Strategy. The PAR develops and appraises sustainable coast protection options for the Clacton and Holland frontage Zone B and C on the plan below.  More information on the strategy and proposed schemes can be found here. 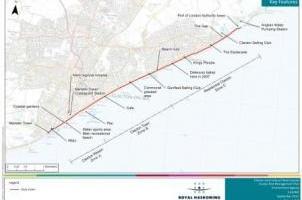 Image above: Clacton and Holland frontage Zone B and C

Due to the introduction of the Environment Agency’s Flood and Coastal Resilience Partnership Funding in May 2010, we are also currently exploring a number of potential funding streams to enable the works to commence in 2015. 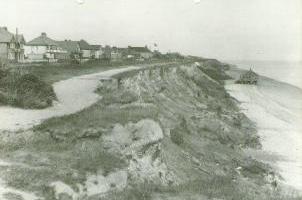 Photo above: 1939 Kings Parade, Holland-on-sea houses and infrastructure constructed before the sea defences 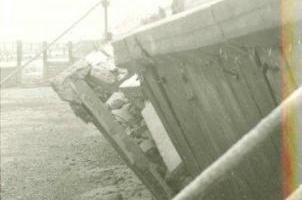 Photo above: 1963 Brighton Road failed seawall due to loss of beach material 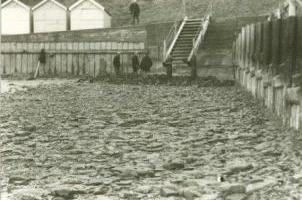 Photo above: 1963 Low beaches between Hazelmere and York Road 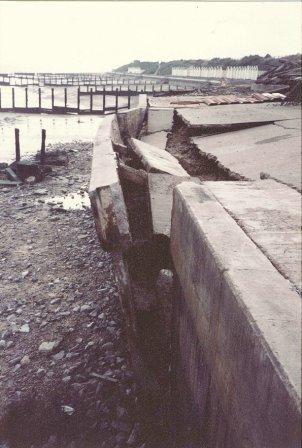 Photo above: 1981 Holland Haven failed seawall due to loss of beach material 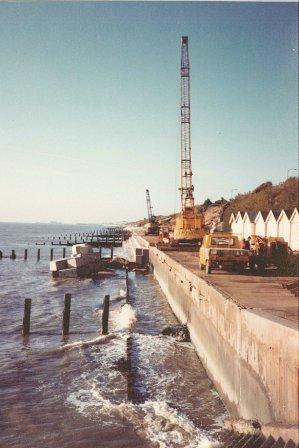 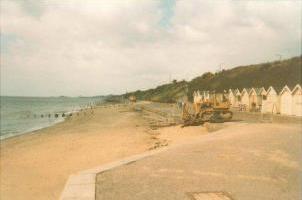 Photo above: 1984 Cliff Road after groyne repairs and beach replenishment 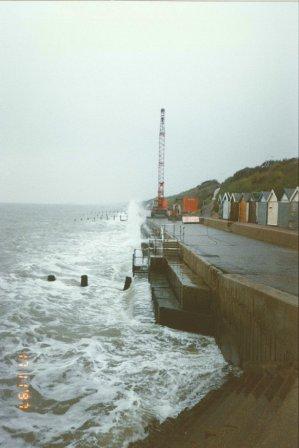 Photo above: 1997 Cliff Road further works being carried out after the loss of the beach replenishment material