If you listen carefully the sound of two distinguished actors can be heard on the streets of Clacton.

While the sights of the Clacton 150 Heritage Trail information boards may already be familiar, charting the 150 years since the town’s creation, have you heard the sounds that go with it?

As well as 19 information boards the historical trail, which runs from Jaywick Sands to Holland-on-Sea, also includes an audio bench and two audio posts – sharing people’s memories of Clacton.

In addition some of the information boards have Augmented Reality (AR) – meaning those with smartphones can hold their devices up to the post and see some of the historical characters come to life and tell you more about their stories. 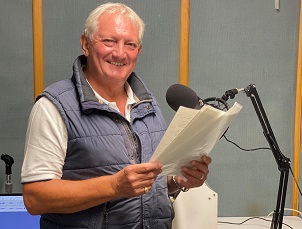 Top actors Ruthie Henshall – who made her stage debut at Clacton’s West Cliff Theatre – and Graham Cole, who starred in the Princes Theatre’s last pantomime, gave their voices to the audio recordings; while the historical characters were brought to life by actors.

Alex Porter, Cabinet Member for Leisure and Tourism at Tendring District Council (TDC), which is co-ordinating Clacton 150, said the sounds of the heritage trail were not to be missed.

“If you’ve not yet heard the stories on the audio posts, or experienced the AR, then I highly recommend it,” Councillor Porter said.

“The memories bring to life the history beyond the interesting information contained on the boards, and the effects of the AR are amazing – and also very engaging for children too. So if you’ve not yet had a listen, then go and lend an ear.

“Our thanks go to Ruthie, Graham and CADS for their excellent work and support for this project – as well as all those who have helped with research or shared their memories to be captured in this way.” 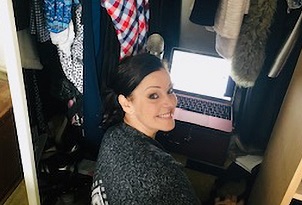 The audio posts can be found by the trail points outside Clacton Railway Station and in Jaywick Sands, while the audio bench is by the Clacton seafront gardens.