We are experiencing some technical difficulties with modern.gov (comittee information) and public access (planning applications) that may result in intermittent service outage. We will aim to fix this as soon as possible and apologise for any inconvenience caused.

Jaywick Sands is on the North East coast of Essex within the West Clacton & Jaywick Sands Ward and is situated to the south west of Clacton-on-Sea. Jaywick Sands is relatively isolated and by not being part of a large inner-city area, it has not had the investment opportunities afforded to other deprived areas in the country. However, there is now a firm commitment to invest in the future of the area and support the local community.

The regeneration of Jaywick Sands is already underway and Tendring District Council is looking forward to the opportunities ahead.  There are public consultations launching on 5th September, please select the link below to find out more.

Award-winning architecture and built environment practice, HAT Projects, has been appointed to oversee a £4.4 million project to create a commercial work space and new public realm improvements. Plans for the market, 24 affordable business units, a ten-pitch covered market, training room, café, public toilets and community garden on the seafront at Jaywick Sands are being funded by Essex County Council (ECC), which has contributed £2.03m, the Getting Building Fund, administered by the South East Local Enterprise Partnership (SELEP), with £1.972m, and Tendring District Council which has contributed £405,000 to date.

Construction has begun on site by contractors TJ Evers, with the scheme due to open in Spring 2023.

Housing is a key issue in Jaywick Sands, providing a quality of life challenge with some substandard housing in the area, which had originally been constructed as holiday homes. Ten high-quality flood resilient homes have been built in Lotus Way, with an aspiration to build 100 more. 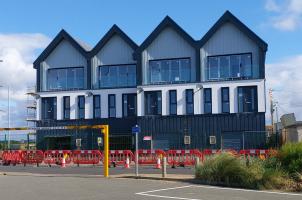 In 2015, Essex County Council announced an investment of 5 million pounds to improve poor drainage and road conditions in significant parts of Jaywick Sands, and bring genuine benefit to its residents. In 2017 the project was completed, and residents now benefit from improved street drainage which is helping to alleviate large puddles and flooding, as well as roadways that look better and are safer and easier to pass along. 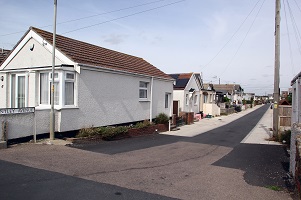 This scheme aims to improve links between Jaywick Sands and Clacton, by launching a community bike scheme where residents can loan bicycles to use to travel to work or college in a healthy, green and cheap way. The project received £2.3m from the GBF and is also supported with £100,000 from the Sport England Local Delivery Pilot. So far 200 bikes have been given out by Essex Pedal Power. 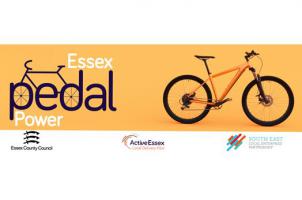