We are pleased to advise you that we have started to launch parts of our new website including the homepage. Whilst this happens you will notice content appears from both new and old websites.

Give us your views on our current website to help us develop our new website using our Tendring District Council Website Survey (link) If you require more information please visit our Consultation page. 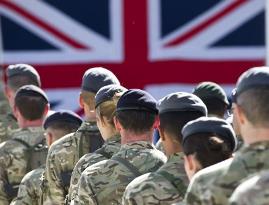 What is the Armed Forces Covenant?

The Armed Forces Covenant is a promise from the nation to those who serve or who have served, and their families, which says we will do all we can to ensure they are treated fairly and are not disadvantaged in their day-to-day lives.

The Covenant has 2 principles:

1.    The Armed Forces community should not face disadvantage compared to other citizens in the provision of public and commercial services, and

2.    Special consideration is appropriate in some cases, especially for those who have given most such as the injured and the bereaved.

The Essex Armed Forces Covenant was formally signed in November 2012.  It is one of the largest ever Armed Forces covenant pledges made by the public, private and voluntary sectors including the leaders of Essex County Council, Essex’s city, borough and district Councils, the Lord Lieutenant of Essex, representatives of the Royal Navy, Army and Royal Air Force, Essex Police, Essex Fire Service, the NHS, the business community and Armed Forces charities.

Who does it support?

Does it apply to you?

If you are a member of the Armed Forces, a Veteran, or a family member, the Armed Forces Covenant offers a wide variety of support to ensure you are being treated fairly.

If you are a business, or a community organisation, you can find out how to show your support.

Visit Armed Forces Covenant guidance and support for information on the breadth of the covenant and the support it provides.

If you are a business, community group or charity working with serving or former members of the British Armed Forces you may be eligible to apply for funding to support your projects. Further guidance and eligibility criteria is available on their dedicated websites: